Start the conversation to established good relationship and business 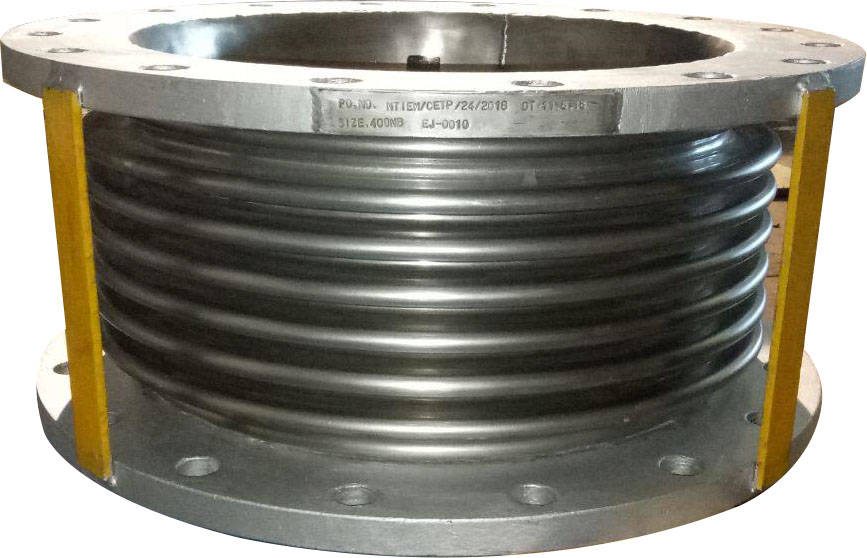 Any device containing one or more Bellows (a flexible, corrugated member) with End Connections

A flexible element, having one or more corrugations / convolutions and end tangents with Lb/Db ≤ 3.

The straight un-convoluted portion at the end of the Bellows is termed as tangent.

Why do we require an Expansion Joint ?

Any pipe connecting two points is subjected to numerous types of forces, which result in stresses on its wall.

The basic causes of these stresses are:

Let us consider the stress due to the movement and thermal expansion. The stress on the wall of the piping is related to the force or movement exerted on it by external restraints.When either the values of the stresses or the values of the external forces or moments exceed the maximum allowable values, the flexibility of the pipe must be increased artificially.This can be done either by altering the layout of the pipe or by inserting high flexibility section into it.

Since a pipe under internal pressure or vacuum will have its wall subjected to circumferential and longitudinal loading, introducing a discontinuous member such as a Bellows will transfer the longitudinal-pressure forces to the main anchors.

Pressure thrust is the product of internal pressure times the Bellows effective area.

The effective area / pressure thrust area of a Bellows is based on the mean diameter of the Bellows convolutions.

If proper anchors and guides are not present, the Bellows will deform due to pressure loading leading to total failure.

The force required to deflect a Bellows axially.

The spring rate is a function of the dimensions of the Bellows and the material from which it is made.

The dimensional shortening of an Expansion Joint due to thermal expansion of pipe and / or dimensional increment due to pipe contraction along its axis.

The relative displacement two end of the Expansion Joint, perpendicular to its axis due to thermal expansion / contraction of the pipe

The Rotational displacement of the longitudinal axis from its initial straight line position into a circular arc.

The dimensional shortening of an Expansion Joint due to thermal expansion of pipe and / or dimensional increment due to pipe contraction along its axis.